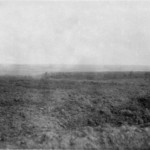 Some time ago I wrote a blog-entry about Experiential learning, which is one of my professional passions and very directly related to all of the teaching and training I’m involved in. With the Summer Holiday season around the corner, I thought I’d touch upon another one of those aspects of my teaching and training to business students and corporate executives that interests me a lot as well as brings me a lot of fun.

Of course, at the heart of it, my functional background is in Operations & Supply Chain, so my courses in those areas evidently have to cover relevant conceptual content about those subjects, even though the focus is almost exclusively on the experiential part (remember: NO masterclasses!). However, as most of the people I have had in class will hopefully have picked up, I normally don’t like to leave it there. Yes, the ‘technical’ concepts are important, I just happen to think they are (just) a mere starting point, especially in a business context and particularly in the case of a generalist audience.

Modern-day business and society are far too complex to be approached just from within one functional area and that’s why I like to tresspass the functional frontiers and explore the consequences of e.g. operational decisions for other areas. I couldn’t say that I will then for example put on the hat of the marketeer or the finance director and start making all the detailed decisions they have too make. That would be pretending way too much and also far outside of my scope, but that doesn’t mean we cannot try and look from their perspective as well.

Actually, rather than really entering those other areas, I’d say the class and I would be travelling in the No-Man’s Land between the functional areas, since this is where the alignment between different decisions and strategies should become clear. Or the lack of it, of course. Are we all going into the same direction, or are we all going our own way? And why? And what are the implications, for us, for them, for the company? So what do we do? We change? They change? Why? And how?

Because the challenge with managing No-Man’s Land in a good way obviously lies in the fact that no one is really responsible for it. No-Man’s Land has no president. No one rules there. Or everyone. Interesting, because I think we can all agree that well-aligned companies are more likely to become successful. In a way, I would argue that the most important area in the company is actually precisely this No-Man’s Land and how it is managed.

Some might say that the responsibility for No-Man’s Land lies within the “functional area” of strategy, but in my experience many companies don’t actually have “strategy departments”, maybe with the exception of the CEO and his/her adjunct, but I think we cannot really expect them to be involved in each and every decision at each and every level all the time, can we?

In my opinion, every manager in a company to a certain extent has their own part in the responsibility of identifying potential ‘conflicts’ between areas and decisions, but of course that is in practice very complex, with so many day to day worries and problems to solve already within their own areas.

Interesting stuff. Complex too. And no clear-cut pre-fab answers either. That’s probably why I like it so much. Of course related to OPS & SCM, but it’s there in the same way in the other things I’m involved in. Some examples: Project Management, the entrepreneurial Final Projects in the MBA’s and the entrepreneurship courses, Supply Chain Finance (i.e. working capital), the omnichannel trend in retailing, green retailing, etc.etc.

All very much cross-functional by nature, touching different functional disciplines, that’s the fun part, especially when done via methodologies for experiential learning.

But then, is it really my role to tresspass into No-Man\’s Land from within my ‘own’ functional area? Whichever the answer might be, I’m afraid I cannot do it otherwise, and I think I actually don’t want to either, it’s too much fun and far too relevant to leave it be, at the risk of no one actually entering. Because as you might know, many schools are actually organised themselves by functional academic areas and with large chunks of unexplored No-Man’s Land between them. The good thing is that I’m not the only one interested in going there, between myself and my collegues we can (should) all do our bit. Hopefully, we’ll even get to develop true cross-functional courses with a real integration between the areas, as such covering No-Man’s Land in a much better way.

In any case, for now I guess I know where I’ll be travelling during this summer break…

Ed is also a Senior Associate Professor on the topics Operations & Supply Chain, Circular Economy, Project Management and Intra-/entrepreneurship at different business schools around the world. He is the author of the book "The Perfect Pass: what the manager can learn from the footbal trainer" published in Dutch, Spanish and English. In Q1, 2019 a new book called "Mastering the Supply Chain" was published in English, the Dutch translation "Supply Chain Meesterschap", came out in Q1, 2020. In May 2021 the third book was published, called "Mastering the Circular Economy".