Movements in the Spanish parcel industry 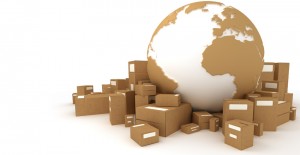 The parcels sector in Spain is experiencing a period of ups and downs. Bankruptcy, EREs, corporate restructurings and acquisitions of Spanish companies by foreign firms. This article will focus on the last point, and at first it is important to recognize that the examples as seen over the last few months cannot really be put into the same bucket since they are very different in nature.

DIFFERENT SITUATIONS
There are cases of companies, like Ochoa, which, for whatever reasons -economic crisis, mismanagement, bad luck, etc.- are on the verge of bankruptcy, and which attract potential buyers, Spanish or foreign, seeking good opportunities and at the best price. We will see if the solutions eventually come from within or from outside Spain. On the other hand, there are other types of movements as well. These have to do with companies in good health, such as the case of Azkar. This phenomenon is a wider spread trend in Europe. Not long ago, New Zealand-based logistics operator Mainfreight acquired the Dutch company Wim Bosman, a family business with a long track record and in a situation not unlike that of Azkar (lack of generational follow-up, but with good potential for a qualitative and quantitative leap). Until today this merger seems to be working very well. In both cases, both of Azkar and Wim Bosman, the companies were sold to a foreign company, supposedly not because they had to, but because they had first studied the alternatives and ultimately chose the best solution under the criteria that they felt more correct, between good sale price, future of the company and other considerations.

Another recent example is the increased participation in Seur by the French Geopost. This operation was not a surprise to the industry, as Geopost had already long ago started buying Seur franchises, and its influence was already noted in the management of Seur. In this sense, this latest move seems just a logical step in what started already time ago.

You could add other type of movement, although in some cases they haven’t even begun to occur “officially”, and this is the desire of disinvestment in logistics and transport by very diversified groups as FCC, ACS or even the government itself. We will see what happens with the possible sale of FCC Logistics. Because of the sheer size however, it seems clear that this purchase is not a viable option to just any company (whether Spanish or foreign).

FOREIGN INVESTMENT
Should we be worried that only foreign businesses seem to be investing in Spain? From a negative standpoint, we could highlight the perspective of loss of control. Always depending on owners who are not in Spain, who are interested in the short and medium term, taking generated profits away to the parent company in case there are benefits, or to re-sell the company in the event that no profitability is obtained. But there is also a positive reading possible, which to me is more interesting and this is noting that at least someone invests in the parcel-industry in Spain. In this way at least a part of the business and the associated jobs are secured. Moreover, in the case of Dachser/Azkar and Seur/Geopost, everyone involved is speaking in positive terms, with an eye towards investment plans for the future.

Obviously, we should really see in due course if and how these investments will materialize, but we must not forget that such acquisitions are not for free, they cost a lot of money as well as they are very time consuming and require a lot of management attention. Therefore, I think it should be interpreted as a serious commitment on the part of buyers. Moreover, we should also not forget that in both cases this is about the purchase of Spanish companies that were not in losses. In other words, this is not about buyers who are looking for the cheapest deal possible. Already for a long time we have been talking about the concentration of companies in the field of transport and logistics, and beyond the effects of the economic crisis I think these recent movements simply reflect what was to come anyway. I don’t think we’ve reached the end yet, but I still hope that in the end the industry will be healthier, more transparent and in better shape for the long term. And I think it’s better to accomplish this with the help of foreign companies than to fail without them.

“E-TAILING” (B2C)
In addition to the examples above, there is another recent movement that deserves attention, such as the acquisition of e-fulfillment specialist Celeritas by media-company SGEL, that via this operation seeks to “position itself strongly in a growing sector such as e-commerce”. (El Vigía, December 17, 2012). First, I believe that it is very positive to see that there actually is a growing segment in logistics. Secondly it is also an interesting movement which is in line with the trend of so-called e-tailing, or electronic commerce, which is gaining in importance. Experience shows that the associated logistics is not equal to “traditional” logistics and that the supply chain has become a true element of competitiveness in the field of e-commerce.

In the online world, this fact is already well tested, especially by the failure of companies that had not resolved the issue. It is not a coincidence that the multinational Amazon builds up their own warehouses, because they still have much more experience in e-fulfillment than most logistics operators in the industry. Their latest move: the purchase of Kiva Systems, a world-leader in material handling systems and automated warehouses. Let’s take note. Likewise, in the transportation associated to e-commerce there are important challenges to be solved, which for many incumbents of the transport industry with their roots in the B2B sector remain highly complex, such as delivery at private homes during non-work hours, the economies underlying distribution network performance with many small deliveries instead of few larger deliveries and last but not least, returns management (practice in the Netherlands in the field of online fashion sales shows that an average of 30% to 40% of shipments generates returns). The last movement of Amazon in its home market in this aspect is the introduction of same-day delivery service: delivery within hours of ordering. Again, let’s take note, because what is clear is that the logistics sector continues to move and I think the good news is that there are finally some positive signs, talking about investment for the future and about at least one segment that is growing.

Tags:Logistics, Spain, Strategy, Transportation
0
Share:
Inspiration or desperation?
Who will (b)eat the apple?

Ed is also a Senior Associate Professor on the topics Operations & Supply Chain, Circular Economy, Project Management and Intra-/entrepreneurship at different business schools around the world. He is the author of the book "The Perfect Pass: what the manager can learn from the footbal trainer" published in Dutch, Spanish and English. In Q1, 2019 a new book called "Mastering the Supply Chain" was published in English, the Dutch translation "Supply Chain Meesterschap", came out in Q1, 2020. In May 2021 the third book was published, called "Mastering the Circular Economy".